The Young and the Restless

— FINALLY!!!  There’s something for the Newman children to do besides cower and tremble at the feet of the great roaring lion, Victor Newman himself!  Victoria’s takeover of Newman? Brilliant!  Forcing Adam out of the top position AND off the Newman ranch?  PRICELESS!   Who knew Victoria had it in her?  Doesn’t she know that the great man, himself, will tear her limb from limb for daring to disobey daddy dearest?  Sure, there’s always the possiblity, but why should she care?  Adam is a bigger problem for the Newman legacy, right now, than Victor will be.

This battle between the mini-mustaches is a must see!  The devil is in the details, so I love the subtle justification for Victoria’s leadership by having her force Adam to prove just how little he knows about the people Newman does business with and how little he knows about the company.  Kudos to the writers for not only having Victoria take over, but for making her a competent and tough-as-nails CEO to boot.  Adam has a lot to learn from his big sister – not that it will matter to him.  Surely he’s plotting his return to power.  Let’s hope this battle continues.  What would the mustache, himself, do if he was around? Revel in his children’s battles.  Being the child of the great man is a bloodsport, after all.

— Both of Michael’s parents are criminals?  He and Kevin never had a shot.  It’s hard to remember the old Michael (and to some degree the old Kevin).  The writers are probably not going to touch the history of these two brothers but they have done a good job of implicitly explaining how the Baldwin brothers becaming the men they once were.

— Ana, Ana, Ana… I’m sick to death of hearing that kid sing but I love the Hamilton-Winters clan as it’s pulling together (I can pretend that Lily isn’t there whenever she’s on).  The family is fun, and sweet, and warm.  The interaction between Devon and Ana was so tender that it made me miss all the great family moments we’re no longer treated to in daytime (GL’s Bauer Barbeque, GH’s Nurses Ball and the families that come together).  The Hamilton-Winters family is wonderful addition to daytime.  I haven’t loved the Winters family this much since Drucilla was around.  I hope to see more of them.

The Bold and The Beautiful

Is there NO END to the humiliation Nick and Katie are willing to put Bridget through?  Why couldn’t they have chosen a different hospital?  Why would they force Bridget to face her colleagues (and force them to face her) with the ugliness of their betrayal?  This is beginning to feel intentional on Nick’s part.  First he and Taylor use the same hospital Bridget works at for the in vitro, and now this?  Daytime writers are always claiming they’ll offer something not done before in the history of daytime.  I’m voting for daytime’s first castration storyline … with Nick Marone as the donor.  Nick ‘the Bobbit’ Marone?  It does have a nice ring to it, doesn’t it?

Have all other hospitals in L.A. and nearby communities suddenly closed?  What’s the excuse for Nick’s behavior, THIS TIME?  Thank goodness the Bakers are on!  They’re a welcome distraction from the Nick and Katie horror. Besides:

Is anyone else  up for a Charlie/Bridget/Owen triangle?

One Life to Live

Who ARE these people?  Clint, especially, is unrecognizable. 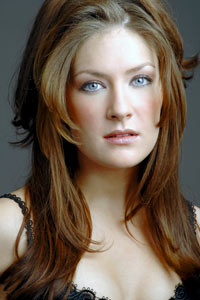 HOORAY to the OLTL writers for bringing the following to a close:

What I’m waiting for: